How a child’s brain works.. the ‘Meltdown’ explained.. 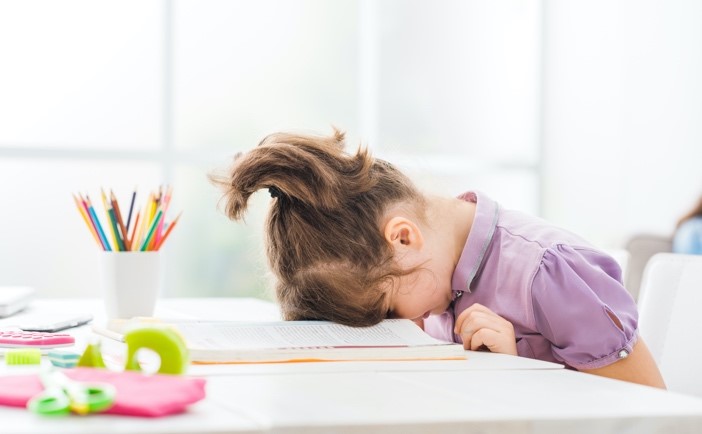 How different is a child’s brain from an adult’s? The short answer: extremely. We’ve always known that a child’s brain spends its early years absorbing and processing information, but it’s only recently that we’ve begun to understand what exactly it is about a child’s brain that allows it to be so receptive to new stimuli.

First, a quick overview of the brain. Most of us grew up with a pretty simplistic model of the human brain – left-side logical, right-side emotional. There’s a kernel of truth to this, but we’re discovering that the reality of the brain is far more complex than we could have ever imagined. Only last year*, scientists with the Human Connectome Project announced that they had created the most detailed map of the brain yet, and in doing so had discovered almost 100 previously unknown regions, taking the total to around 180, each with their own unique function. The great miracle of life is that somehow, we’ve managed to get all these zones working in unison to produce what we know as our own minds. What we’re now realising is that in children a lot of these zones aren’t yet talking to one another. They’re all functioning independently, but they don’t quite know how to sync themselves up.

What occurs as a child’s brain develops?  The epic journey from birth to full brain maturity occurs via a gradual and ongoing process called integration, which stretches from the moment a child is born through to their mid-twenties. But to understand why your four-year-old just threw a rock at their brother and now both of them are crying you first need to come to grips with exactly how dis-integrated children’s’ brains are. Under the whole-brain model, the brain is carved up into four basic sections: the left and the right sides; and the upstairs and the downstairs. As noted, there is a kernel of truth to the left-right brain split, although the idea that someone can be “right-brained” or “left-brained” is a total furphy. Instead, it’s more about the fact that a lot of the functions pertaining to logic, language and order occur in the left hemisphere of the brain, while the right hemisphere deals more with images, emotions and memories. The left is very narrowly focussed, while the right tends to deal in more holistic, intuitive stuff. Together they balance one another out and allow us to see both the specifics of something and the big picture. Then there’s the downstairs-upstairs split. The area around our brain stem is often called the primitive brain because it deals with instinctual reactions and basic functions. When you’re startled by a loud noise, or even when you breathe or blink, it’s your downstairs brain in action. Meanwhile, the area of the brain just behind your forehead handles all the higher order functions that we might consider unique to humanity – thinking, imagining and planning for the future. When we talk about a child’s epic journey to maturity, this is what we’re talking about – the cerebral cortex doesn’t fully settle down until around the age of twenty-five. Indeed, it goes through major renovations each time a child passes from infancy to childhood to adolescence to adulthood. So, when your children – whether they’re age 2 or 22 – make terrible decisions, or when they take absurd risks, or when they became inexplicably emotional about small things, or when they become affixed to a certain schedule, this occurs because one part of their yet-to-be-fully-integrated brain has taken charge of a situation and isn’t letting the other parts have their say. (And yes, this can also be applied to some adult behaviour too.) Fortunately, a child’s brain is primed to unify these different components of the brain, thanks to a phenomenon called neuroplasticity.

What is neuroplasticity? Another of the game-changing discoveries neuroscience has made in the past decade has been the concept of neuroplasticity. Basically, neuroplasticity refers to the fact that the brain is always evolving and changing in response to its environment and the tasks required of it. For a simple example of how this works, think about how you lived before you owned a smartphone. Now think about how easy you find it to navigate and use that phone, how simple it is to move between apps, to find information, to like something on Facebook. Your fingers and mind are working in remarkable harmony, yet when you first held the phone in your hand you would have been clumsy and confused. Everything took conscious, considered thought. Through the creation and reinforcement of new neural pathways, you have literally rewired your brain to adapt to the presence of the smartphone, to the point where using it is next best thing to instinctual. But adult brains take a lot more rewiring than a kid’s brain.

The mere fact of full integration means that any change in function requires considerably more architectural rearrangement of your neurons. It is literally harder to teach an old dog new tricks. Children’s’ brains, on the other hand, are springy and mouldable, like Play-Doh. They’re just working out how A connects to B, or perhaps why A should connect to C instead. That’s why every interaction a child has with the world becomes meaningful, no matter how banal it might seem to the parental observer. They’re constantly primed to make new connections – just look at how quickly a three-year-old learns how to use an iPad. But the malleability of these connections also means that they’re inherently fragile. They can be easily rewired – hence how easily children adapt to new circumstances – or the connection can become fuzzy or weak. It’s this latter phenomenon that The Whole-Brain Child is concerned with: the way a child’s lack of neural integration can lead to difficult and outlandish behaviour and, perhaps more importantly, how to deal with it.

So, it’s possible to avoid this kind of behaviour? Well, no. Some degree of day-to-day insanity is part and parcel of being a child. That is what happens when the brain isn’t sufficiently integrated. Children cannot provide enough context for their feelings or thoughts, so they spin out of control, hence the tantrums, sulking, fights, and meltdowns. Instead what Siegel and Bryson are interested in is how you can use this knowledge to rethink the way you approach your child’s crazier episodes. The fundamental philosophy of The Whole-Brain Child is that rather than seeing these crisis points simply as necessary obstacles to be endured – though they are certainly that – they’re actually opportunities to connect with your child and to conjure something consequential out of the turmoil. They believe that by identifying and then responding from the same intellectual or emotional position as your child, you can start on to the same page and then help bridge the divide, thus helping them reinforce the connections between the different sections of their brain.

For instance, if a child falls over and starts crying uncontrollably, our first instinct is to try and soothe them: “It’s alright. You’re fine.” They are fine, and we can see that, but kids aren’t operating like us. At that moment, the child is consumed by the right side of their brain. The powerful emotions of fear and pain are holding court, so they can’t put the trauma in perspective. Siegel and Bryson argue that a more productive way of responding to the eruption is to acknowledge the emotion, and then to try and activate that left side by helping the child to talk about it – to tell the story of what happened and why it made them feel like they do. That way, you’re helping them wed together those right and left aspects of their brains and giving them better tools with which to react when something similar happens again.

Strategies like these aren’t intended as a cure-all panacea for behavioural excess, but rather a way of reframing the moments that challenge you most as a parent, and to find in them a new opportunity for connection. There’s so much focus on providing children with “meaningful” experiences these days that it’s easy to lose sight of the fact that, for a child, every moment is filled with meaning. That’s simply how their brains are wired. Give them enough food, sleep and stimulation and these developing brains will build themselves.

But by the same token, this isn’t to say that parents themselves need to be in a state of constant hyper-vigilance, making sure that every interaction with their child is productive. Quite the opposite: by understanding the fundamental principles on which a child’s brain operates, you can better offer your energy where it’s needed, rather than running yourself ragged trying to put out spot fires before they arise and creating some mythical “perfect” nurturing environment for your young ones. Most of the time, simply being present with your child, listening to where they’re coming from and responding in kind, is more than enough. Their remarkable brains – maturing, mysterious and kind of magical – will take care of the rest.